What Are The Effects Of Moisture On Oak Flooring?

You may have heard us say in the past how oak flooring can be seriously affected by its surroundings. This includes the condition of the subfloor, and more commonly the moisture levels around the floor. But what exactly are the effects of moisture on oak flooring?

Our solid oak flooring goes through a process of air drying and then kiln drying to take the moisture content of the wood down to around 10-12%. (Note: some suppliers may import wood which has been dried down to 8%, which is not suitable for the British climate, because the moment these boards are unwrapped from their airtight packaging, they will quickly swell in Britain's damp air and become misshapen.) 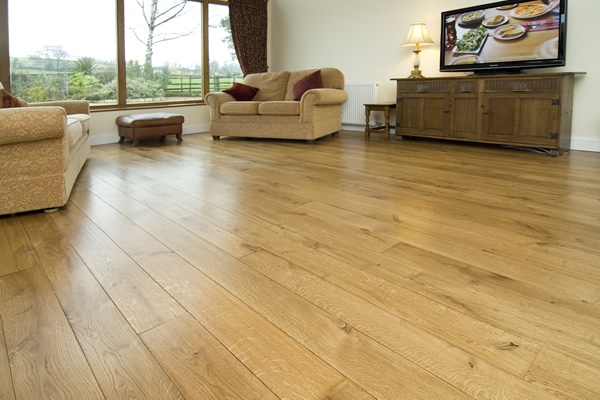 For boards which have been dried to a moisture content of around 10-12%, humidity can still cause problems. As humidity levels change, solid oak flooring will expand and contract, however these small changes are completely natural.

During winter, the heating in your home is normally left on for longer periods of time, which can cause your flooring to lose its natural moisture. This will cause the oak boards to contract, resulting in small gaps appearing in your flooring. During the summer months, where heating in your homes is traditionally switched off, oak flooring will normally begin to expand again. This is because the boards are once again taking in the natural moisture from their surroundings.

Two of the most common problems caused by moisture are cupping and crowing. Cupping occurs when the bottom of the board becomes wetter than the top of the board, leaving the centre of the board lower than its edges. Crowning is the opposite of cupping, and is where the floor board’s edges are lower than its centre. 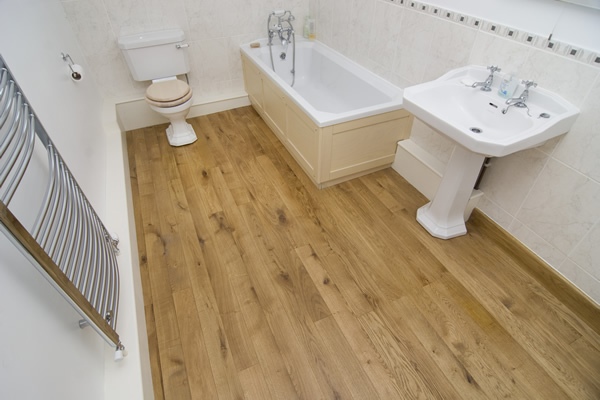 So what can you do to avoid the problems that moisture can cause to oak flooring?

For a start, general maintenance of your floor can help a lot. Cleaning up large spillages quickly will stop them from soaking into the floor and causing problems.

During the installation of your flooring, it is extremely important that your boards are given time to acclimatise to their surroundings. We recommend that the boards are left for at least two weeks in the room for which they are going to be laid before fitting.

Finally solid oak flooring should only be laid in areas with a "stable" humidity, such as a living room. For changeable humidity areas, such as the kitchen, bathroom or an area with underfloor heating, we recommend using engineered oak flooring.

Engineered oak flooring is typically much less susceptible to changes caused by humidity, and is much less prone to expanding and contracting under changeable conditions. This makes it perfect for areas like the kitchen and bathroom where the humidity is constantly changing and water is being spilled. 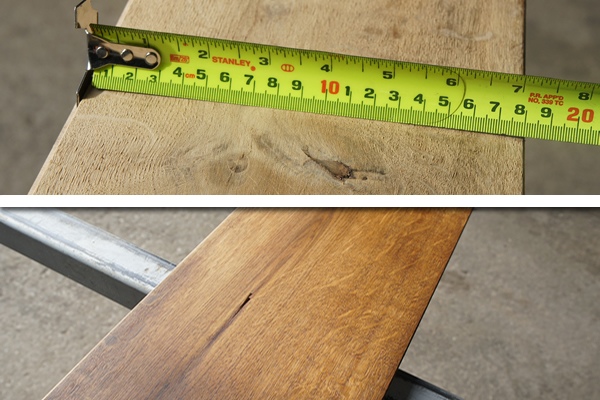 If you would like proof of this, quite recently some of our engineered oak boards were left exposed to heavy rain and cold weather.

We expected them to return battered and bruised, however upon closer inspection we found that this was not the case. We found the boards had not expanded at all, and remained at the original width of 180mm. After a quick sand, and a coat of a Blanchon Hardwax Oil Colour, the boards looked as good as new!

If you would like any further advice regarding your oak flooring, then please give us a call on 01538 304584.