The Saratosa based TOTeMS Architecture has designed this Casey Key Guest House located on a barrier island in Florida. As an amazing contemporary guest residence, the house is set within a mature oak hammock along Sarasota Bay.

The wooden structure of the home was mainly inspired by two elements. The first was the owners one sentence program which read, “...respect the land, and the rest will follow”. Secondly was the fact that the live oak trees, which were shaped by the coastal winds from the west, influenced the structural form of the guest house. 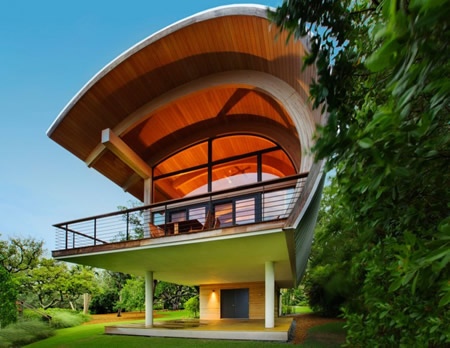 With the owner requesting a “house in the trees”, one bedroom, bathroom, living area with kitchenette and a loft are organised to “provide privacy between a neighbouring property to the north, while offering broad views of the oak hammock, and Intercoastal Waterway”.

Due to the guest house being located in a highly regulated FEMA flood zone, elevated floor levels are required. The health of the oak hammock is preserved with the house being supported on a specialised steel piling foundation system which is designed to avoid root disturbance and minimise sub grade impacts to the oaks. As a result of this, all of the existing trees were preserved. 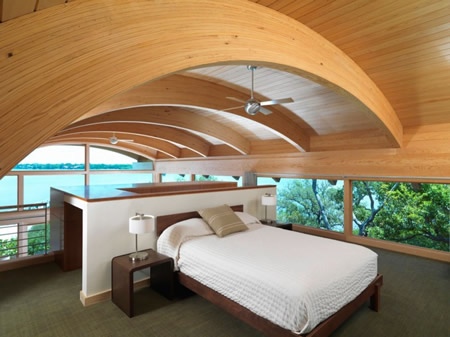 “The design is intended to evoke an organic architecture that is influenced by, and reflective of its site”

Special thanks to Home DSGN for the above images.