Oak Flooring In The Cadogan Hotel

The Cadogan Hotel in SW1, just off Sloane Square in London, was built in 1887 and became notorious in late Victorian Britain as the scene of love trysts between Lillie Langtry and the future King Edward, as well as for the arrest of playwright Oscar Wilde.

The Cadogan Hotel were looking to refurbish a couple of their signature suites and came to us for top quality 180mm  Prime grade solid oak flooring. 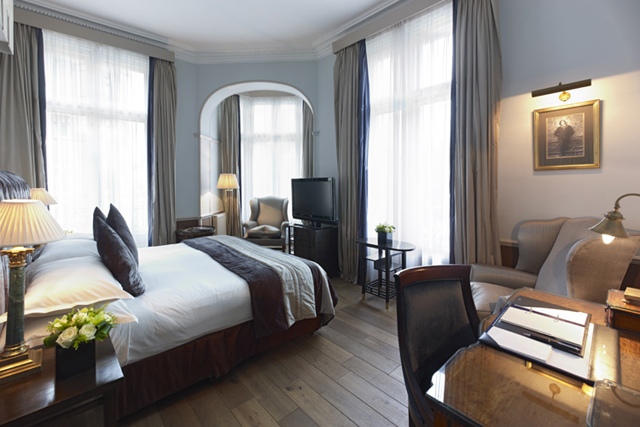 The first suite to receive this floor was the Oscar Wilde - a stunningly elegant bedroom suite in sky blue and chocolate. Room 118 was the very room in which Oscar Wilde was arrested and he would no doubt have spotted the peelers coming for him from the windows overlooking Cadogan Square!

The second of the suites to receive Peak Oak's flooring was the Edward VII. 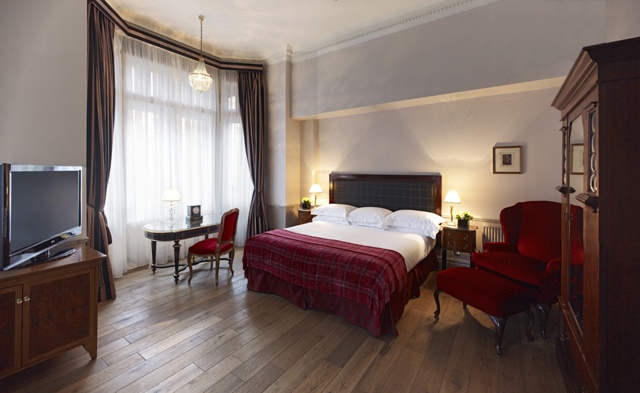 With a plethora of regal touches, this signature suite exudes the understated glamour, so typical of the Edwardian era to come.

We received fantastic feedback from the highly skilled joiners who fitted the flooring, saying that they had rarely worked with such stable, well machined and beautifully figured oak.

Indeed, we were then asked to supply some more oak flooring for use in the newly opened Langtry's Restaurant.

You too can have this very same flooring in your bedroom at home - just don't get up to anything too risqué!